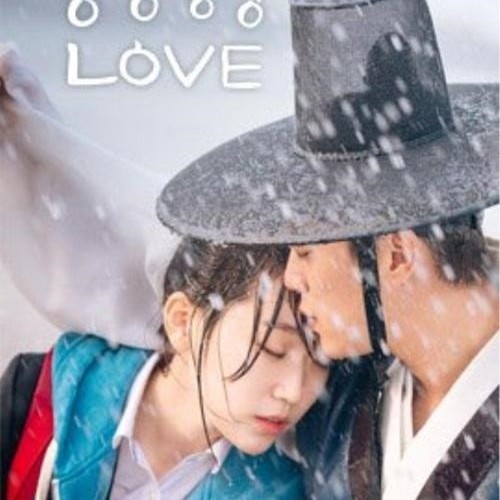 ♥This is just MY opinion. Don’t hate.♥

If you’re looking for lighthearted drama fare that you can marathon without suffering health issues, then Splash Splash Love is exactly that. The ten-episode web drama is short as far as dramas go, especially since each episode lasts for only 15 minutes (on Naver TV Cast; broadcast as two longer episodes on MBC). Still, I think that it was able to deliver a great story and sympathetic characters, all things considered. What did suffer, IMHO, were the character relationships. (Who knows how much of that was due to format constraints and how much was bad acting … more on this later.)

The drama is about a senior high school student, Jang Dan-Bi (Kim Seul-Gi), who finds herself transported to Korea’s Joseon Period after jumping into a puddle to escape the SATs. There, she is mistaken for a rain spirit, and then a crazed (male!) eunuch. Nevertheless, King Lee Do (Yoon Doo-Joon), takes a shine to her because of her ‘modern-day’ math abilities and knowledge of science/history.

Whereas Dan-Bi achieved the pinnacle of underachievement in the present day, the little that she does know/can do is considered nothing short of miraculous/magical in Joseon, and earns her quite a few powerful enemies as well. Still, King Lee Do’s belief in her forces her to apply herself to the challenges put before her in a way she never had, and in her newfound perseverance, the king finds a kindred spirit amidst a court that could not fully understand nor support his progressive ideas. Needless to say, this kind of closeness eventually takes a more romantic turn, gender bending notwithstanding. 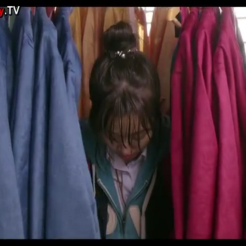 for some budget cosplay.

Time for some budget cosplay …

I loved how, despite its length, the drama tried to show that no one knows everything, and that everyone — from scheming court officials to bratty teenagers — CAN DO and BE BETTER if they are willing and humble enough. However, the characters and their relationships could not (realistically) be fully developed in ten bite-sized episodes, least of all King Lee Do’s friendship-turned-romance with Dan-Bi. The attraction was believable enough since they provided exactly what the other needed in a friend and a romantic partner, but the way Lee Do would touch or hold Dan-Bi was just plain AWKWARD IMHO. Was it because Seul-Gi is so much shorter than Doo-Joon, or was it just bad acting on Doo-Joon’s part? I honestly don’t know. Don’t get me wrong; I became a fan of JDJ the Actor after Let’s Eat, but to my eyes it really did seem like King Lee Do was trying to romance a little boy. And the multiple (just-when-you-think-it’s-over) twists at the end were really cool, but the last scene felt like nothing more than an MV (maybe even an MV would have had more ‘feeling’ in it or been more believable). Splash Splash Love has romance, action, suspense, and comedy all rolled into one cute and sweet two-and-a-half-hour bundle perfect for the modern drama addict needing to recover from the ill effects of binge watching. Just be ready to let a few things slide — JDJ and KSG looking weird while trying to be romantic, for one.

Because Otome is Bliss!