The MC, a newbie freelance journalist following in her late father’s footsteps, nearly fails to even begin her career when she (almost!) gets run over by a car, shot at, and kidnapped! Thankfully, the team of fugitives hired by her father successfully save her life each time. 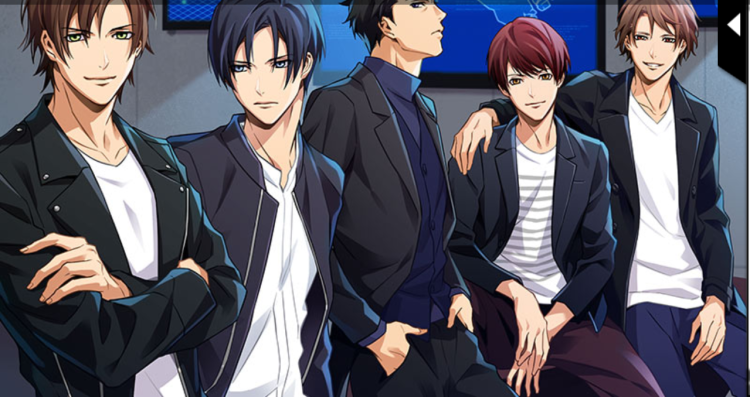 As if this wasn’t horrible enough, she then finds out that her father had actually been murdered and that the people responsible for it are now after her, too.

She is forced to put her trust in this unlikely band of heroes to survive, only to discover that her heart is the one in danger!

MASAHARU RYUZAKI (Check out my review!)

YASUMI ARIMURA (Check out my review!)

[Flirty Doctor to the Underground]

HARUMA FUJIOKA (To be released after Hino’s. Out now!) 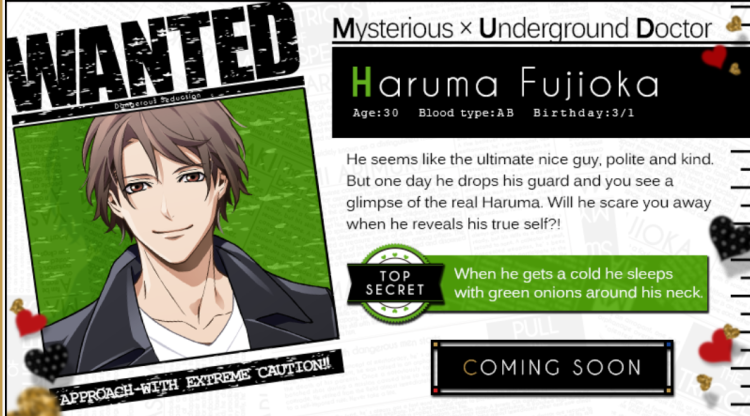 [Sneaky Spy with a Million Faces] 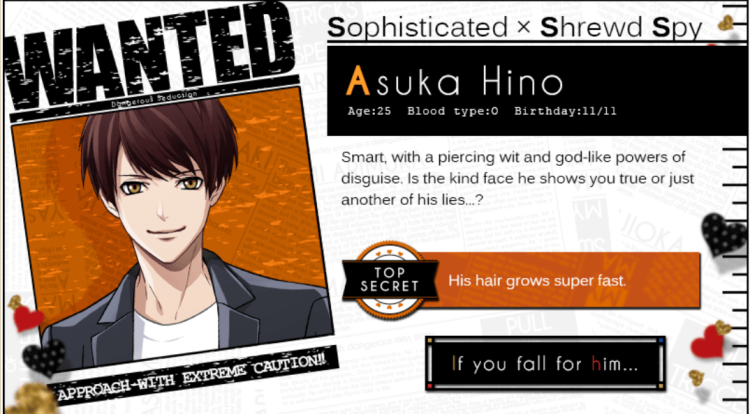 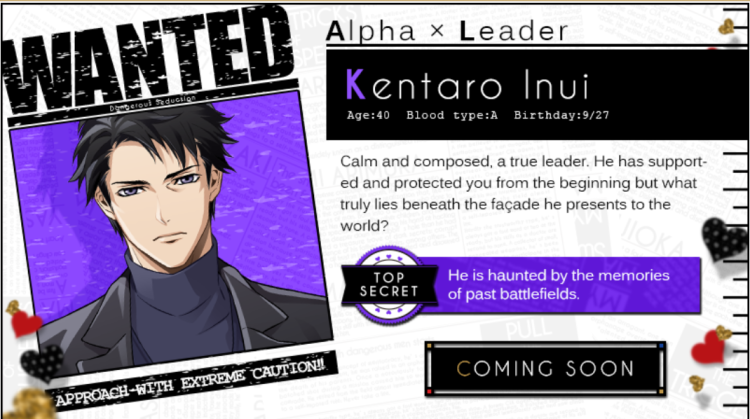 It took me a while to get on this train because it felt like a mash-up of great games that countless fans felt Voltage shouldn’t have dropped in the first place — My Sweet Bodyguard* x Love Letter From Thief X* x True Love Sweet Lies. *(To be fair, Voltage has given in to calls to revive these titles, at least.) Happily, the stories in DS are grittier and have a more mature feel to them — and this includes the MC! (Good job, Voltage!)

‘Don’t matter how hot you are!’ Dangerous Seduction ©Voltage, Inc.

Also, I was really happy that the MC didn’t have to pick who would guard her because this is one of my biggest, longest-running beefs with otoge. In nearly all cases, it is so unnatural for the MC to do this IMO.

All the guys have these (supposedly?) sexy scowls on their faces, but there’s also a lot of comic relief to break the tension in between all that action and romance.

Overall, DS is not much more than an updated version of MSB x LLFTX x TLSL, and I still really wish that Voltage had just kept those titles going. Still, a sassy MC and edgier characters, stories, and artwork are enough for me to take this ride all the way to the end.

Already playing? What do you think of Voltage’s latest paid app? Which bodyguard-on-the-run is your favorite?

Because Otome is Bliss